Making the point- The Freeze technique

- February 28, 2017
One of my favorite coaching school stories involves the freeze technique. This is a technique the coach uses when s/he sees something in a scrimmage or small-sided game. You are supposed to try and stop it as soon as you see it and then make your coaching point and restart the action. One day, at my B license course a coach was running a session and saw something he didn't like, so he shouted "freeze" and ran into the scrimmage. He then promptly forgot what he was going to say. Instead of trying to talk himself into the situation, he just shouted "play" and walked back to the sideline.

As coaches, we often try to has as big of an impact on the development of our team as possible. You know, based on some of my previous posts ("helping your child", "how to enjoy your child's game") that I am a strong proponent of having the players take control of the game and become responsible for making as many decisions as possible. You also know that, in general, we as coaches tend to talk TOO MUCH. Instead of giving space for the players to communicate and develop communication skills during the game, we try to fill in and do the communicating for them. It makes us feel like we are doing something. The reality is, we are doing something. Unfortunately it is not the effect we are hoping to achieve- developing players who can solve problems individually, in small groups and as a team during a game.

Having said that, I also recognize that coaches can easily determine the direction their team takes by communicating effectively and doing a great job of "painting the picture." That phrase, "painting the picture," is in common usage in coaching courses. Coaches who know what good soccer looks like and can communicate that to their players in a method that allows the player and the team to integrate it into their skill set will always be more successful than those who cannot.

For example, let's say that you want your players to use the pull-back dribbling move to change direction more often in games. If you know what the move looks like (video) and you have had the players practice it during warm ups or the skills portion of your practice, the it is reasonable to expect that they can use it in a scrimmage. So you, as the coach, should be able to see when the players use it in the scrimmage or where they could have used it.

If their usage rate is low during the scrimmage, you have various mechanisms to encourage them to use it including: giving points when players try it, making it a condition they have to achieve before they can score, giving a team that has all of its players use the move a bonus, etc....

If that approach doesn't work or you feel that the players are not choosing the right situation to use the move, then you can use the freeze technique. If a player passed up on the opportunity to make the move and instead did something that lost possession of the ball, you could stop the action right there with a well timed and authoritative "Freeze." Move quickly to the player(s) you want to coach. Paint the picture for the players by having him or them re-enact the scenario. Then, allow the player or group to replay the situation without any pressure. Once they are successful, restart the scrimmage with the player or group doing it well. Get off the field as quickly as you can.

One caveat for all of you. As coaches we can always spot times when a player could have done something better. However, if we only use the freeze technique (and other coaching modalities) to correct, then our players will begin to resent the coaching and the coach. Imagine how you would feel if every time your coach stopped play it was to point out a mistake you made. You would begin to dread the Freeze and look for ways to avoid being called out. So please, at least some of the time (if not most of the time) make your freeze moments be something that occurs when you see something you like and you can offer praise to the player or group. You won't believe how much that can help a player/ team's confidence.

You are probably thinking about how you can already do that and this is a normal part of your coaching practice. If that is the case, then I challenge you to video your next practice and see how well and effectively you use the Freeze technique. We can all do a better job of this. Here are some things to look for in your video:


We can all do a better job of improving our coaching practices. Each team you coach and each session is different. If you aren't constantly working to improve how you coach, then you may quickly become frustrated. Use the video as a growth experience for yourself and model that with your players as well.

To finish up, here is a  video with two "freeze" moments. Watch both and evaluate the coach. Which one is better and why?

Questions or comments? I'd love to hear from you. See you on the field.
coaching pedagogy philosophy player development U10 U12 U14 U16 U6 U8 video 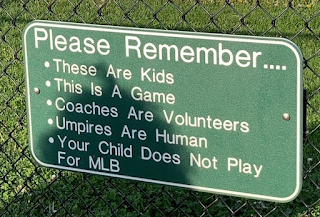 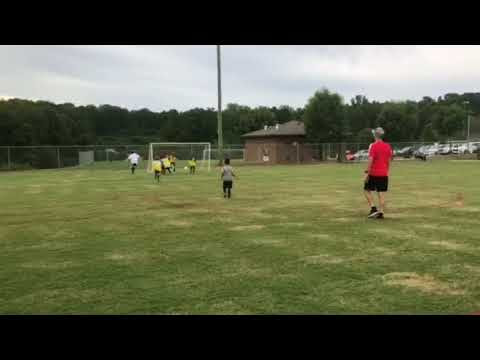